Preface to the 2016 edition 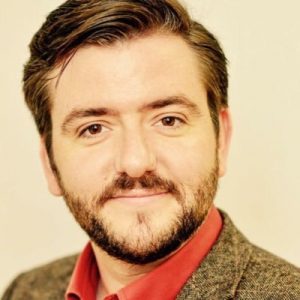 Published by the International Humanist and Ethical Union (IHEU), the Freedom of Thought Report is now in its fifth annual edition.

In 2012, our first edition was an expanded version of a submission by several of the IHEU’s US Member Organizations to the US State Department Office for International Religious Freedom, and covered around 60 countries. In 2013 the report was expanded to include every country in the world. It was produced in-house with content by then-International Representative of the IHEU Matt Cherry, while Bob Churchill, now our Director of Communications, developed the format, ratings system and publicity. Since then, under Bob Churchill’s editorship the Report has continued to evolve. Bob has coordinated a network of volunteers and IHEU Member Organization representatives to maintain and update the content, incrementally develop our unique country ratings system, and to champion the Report internally and to wider audiences.

For this five-year anniversary edition, the IHEU decided to convert the Freedom of Thought Report in a new online format. There is webpage for every country. The ratings system is now implemented with bespoke code as an integral part of the freethoughtreport.com website, and the way that we report the ratings for each country has become more nuanced. The Report is searchable by region, by the boundary conditions applied to each country, and by arbitrary search terms. We believe that the new Online Edition will make the report more user-friendly, more visible and more accessible than ever before, and crucially we’ll be able to keep the information up to date and available all year round.

This is a tremendous development for the Report, and it comes at a crucial juncture in world affairs. As the Editorial Introduction to this edition explains, the rights and equality of the non-religious are under threat and there is an upsurge in the suppression of humanist values more broadly. Serious damage is being done to the brand of democracy, to secularism, and there are new threats to all our liberties. It is impossible to look at discrimination and persecution against the non-religious without also considering how human rights and democratic principles are upheld for everyone, and at the wider social and political contexts in which competing norms and values are clashing. The Freedom of Thought Report is now in a better position than ever before to achieve this overview and I commend it to you.