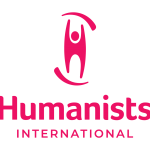 The Commonwealth of The Bahamas is an island country consisting of more than 700 islands, cays, and islets in the Atlantic Ocean. The Bahamas became an independent Commonwealth realm in 1973. One of the richest countries in the Americas (after the US and Canada), the economy is based primarily on tourism and finance.

Constitution and government
Preferential treatment is given to a religion or religion in general
Education and children’s rights
State-funded schools offer religious or ideological instruction with no secular or humanist alternative, but it is optional
Family, community, society, religious courts and tribunals
Discriminatory prominence is given to religious bodies, traditions or leaders
Freedom of expression advocacy of humanist values
Insufficient information or detail not included in this report
The state is secular, with separation of religious and political authorities, not discriminating against any religion or belief

No formal discrimination in education

Religious courts or tribunals rule directly on some family or ‘moral’ matters; it is legally an opt-in system, but the possibility of social coercion is very clear

No religious tribunals of concern, secular groups operate freely, individuals are not persecuted by the state

Complete tyranny precludes all freedoms of expression and thought, religion or belief

Applied when overriding acts of oppression by the State are extreme, to the extent that the question of freedom of thought and expression is almost redundant, because all human rights and freedoms are quashed by authorities.

There is systematic religious privilege

Religious or ideological indoctrination is utterly pervasive in schools

There is state funding of at least some religious schools

State-funded schools offer religious or ideological instruction with no secular or humanist alternative, but it is optional

Expression of non-religious views is severely persecuted, or is rendered almost impossible by severe social stigma, or is highly likely to be met with hatred or violence

The non-religious are persecuted socially or there are prohibitive social taboos against atheism, humanism or secularism

There is significant social marginalisation of the non-religious or stigma associated with expressing atheism, humanism or secularism

Some concerns about political or media freedoms, not specific to the non-religious

Religious authorities have supreme authority over the state

Preferential treatment is given to a religion or religion in general

This condition is applied where there are miscellaneous indicators that organs of the state offer various forms of support for a religion, or to religion in general over non-religious worldviews, suggesting a preference for those beliefs, or that the organs of that religion are privileged.

This condition highlights countries where schools subject children to fundamentalist religious instruction with no real opportunity to question fundamentalist tenets, or where lessons routinely encourage hatred (for example religious or ethnic hatred). The wording “significant number of schools” is not given a rigid quantification (sometimes the worst-offending schools are unregistered, illegal, or otherwise uncounted); however the condition is not applied in cases where only a small number of schools meet the description and may be anomalous, as opposed to being indicative of a widespread problem.

Religious schools have powers to discriminate in admissions or employment

‘Apostasy’ is outlawed and punishable with a prison sentence

There is an established church or state religion

Anomalous discrimination by local or provincial authorities, or overseas territories

Government figures or state agencies openly marginalize, harass, or incite hatred or violence against the non-religious

Government authorities push a socially conservative, religiously or ideologically inspired agenda, without regard to the rights of those with progressive views

Discriminatory prominence is given to religious bodies, traditions or leaders

‘Blasphemy’ or criticism of religion is outlawed and punishable by death

Quasi-divine veneration of a ruling elite is enforced, or a single-party regime holds uncontested power, subject to severe punishment

It is illegal to register an explicitly Humanist, atheist, secularist or other non-religious NGO or other human rights organization, or such groups are persecuted by authorities

It is illegal to advocate secularism or church-state separation, or such advocacy is suppressed

The non-religious are barred from holding government office

There is a religious tax or tithing which is compulsory, or which is state-administered and discriminates by precluding non-religious groups

Religious control over family law or legislation on moral matters

Some concerns about children's right to specifically religious freedom

This condition may apply if specifically religious education, religious materials, or specific religious denominations are so tightly controlled that children are in fact over-protected from exposure to religion and are likely unable to explore or construct their own worldview in accordance with their evolving capacities. This condition helps us to classify states (perhaps with secular constitutions) which have criminalized specifically religious beliefs or practices. This condition is not applied if the restricted beliefs or practices are found to be outlawed due to their being of an extremist variety. While this condition does not directly reflect discrimination against non-religious persons or non-religious ideas, it does represent an overall threat to freedom of thought, conscience, religion or belief; such restrictions could spill over to affect non-religious beliefs later; and they pose a risk of backlash against over-zealous secular authorities or even against non-religious individuals by association.

State-funding of religious institutions or salaries, or discriminatory tax exemptions

It is made difficult to register or operate an explicitly Humanist, atheist, secularist or other non-religious NGO or other human rights organization

The constitution and other laws and policies protect freedom of thought, conscience and religion, as well as freedom of opinion and expression. The constitution specifically forbids infringement of a person’s freedom to choose and change religion and provides for the right to practice the religion or belief of one’s choice. However, the constitution also requires the government to respect Christian values. And political and public discourse often invokes the country’s strong Christian heritage and Christian values. The government meets regularly with Christian leaders, both publicly and privately, to discuss societal, political, and economic issues.

Religion is recognized as an academic subject at government schools and is included in mandatory standardized achievement and certificate tests. Christianity has a strong influence on religion classes in government-supported schools, which focus on the study of Christian philosophy and Biblical texts, and, to a lesser extent, comparative and non-Christian religions presented in a Christian context. The constitution allows students, or their guardians in the case of minors, to decline to participate in religious education and observance in schools.

Freedom of expression is well protected in the Bahamas. The small island nation has a well-developed and diverse media, including state-run radio as well independent broadcasters and newspapers. Access to the internet is unrestricted.